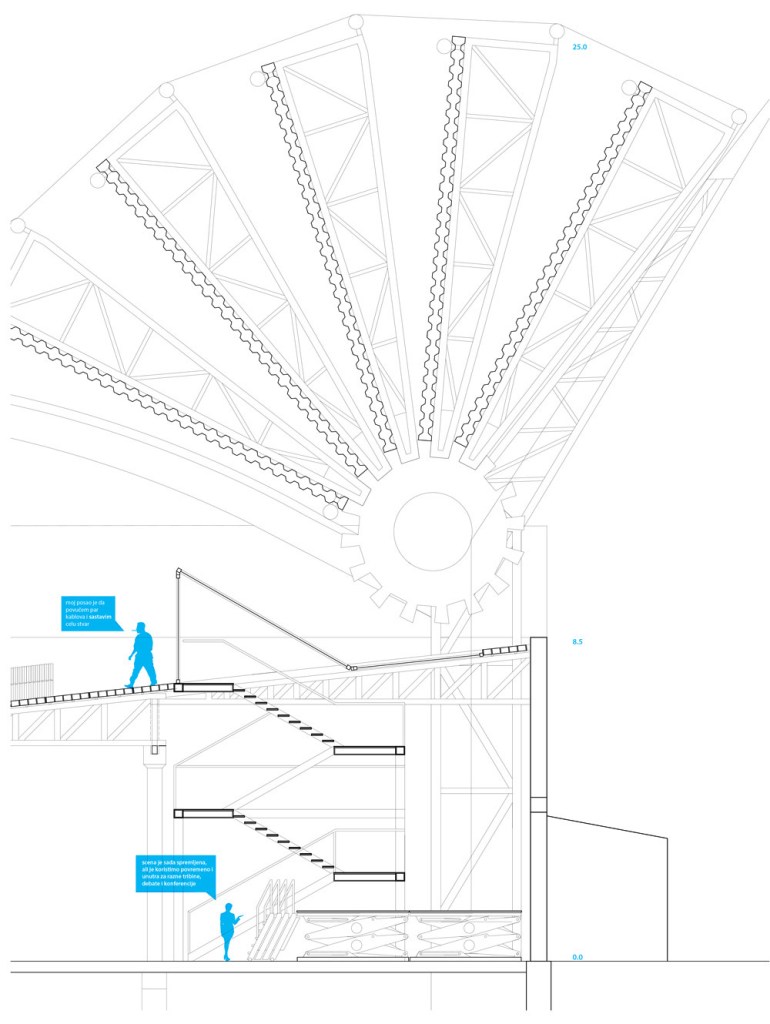 The artsy culture that conquers the ex-industrial riverbanks gets an extension to the “Mikser House” culture center – a flexible canopy that shelters an open scene and auditorium for concerts and theater performances. As an ancient garage was converted into a culture center, I imagined this informal auditorium as a ready-made of the industrial heritage found on the site. The canopy would be made of shipping containers, and the rest of the machinery out of other industrial parts of cargo ships. In this way, new use can be contemplated within the industrial collective memory of this “genius loci”. The project is an idea of how the entire neighborhood could be rehabilitated in this manner I consider sustainable in both ecological and social sense. 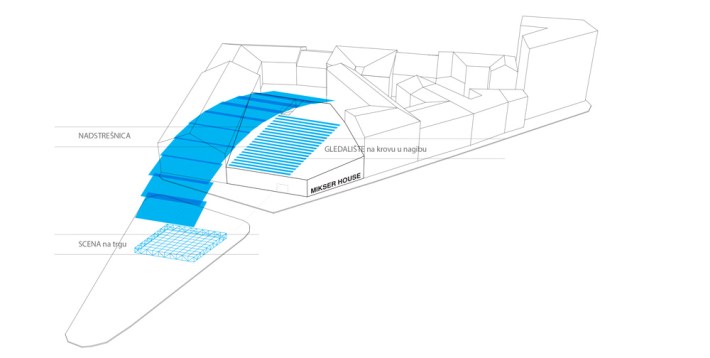 a diagram of the uses of the existing building – the rooftop as an auditorium, the canopy above and the stage in front 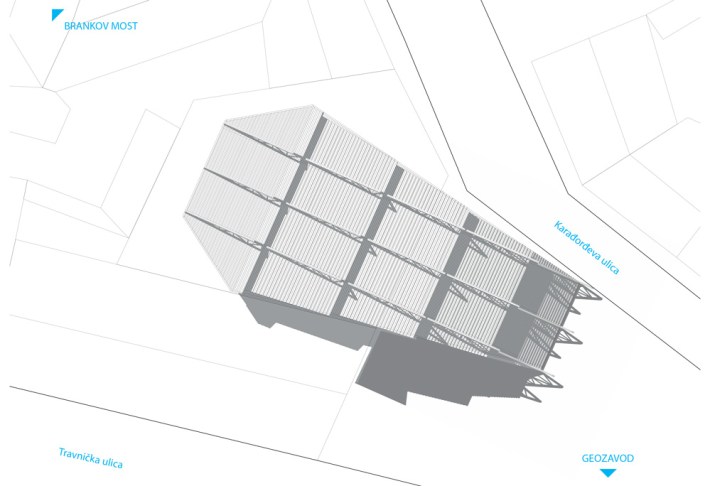 site plan with the canopy unfolded 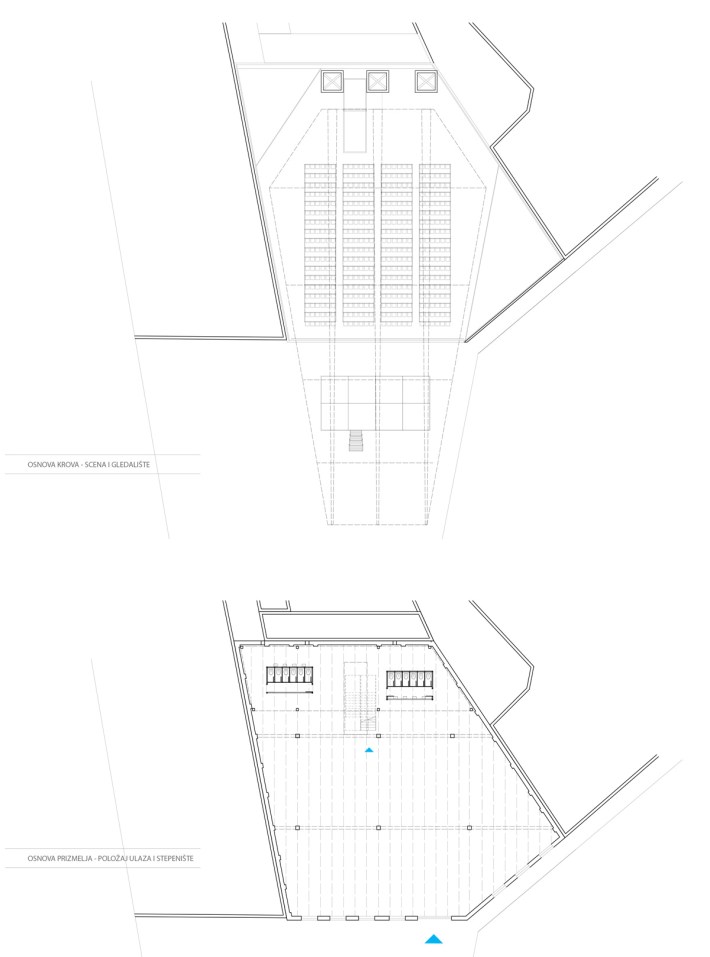 plans of the building – access, toilets and the scene itself when unfolded

longitudinal section of the house when the scene is inactive

longitudinal section of the scene when active 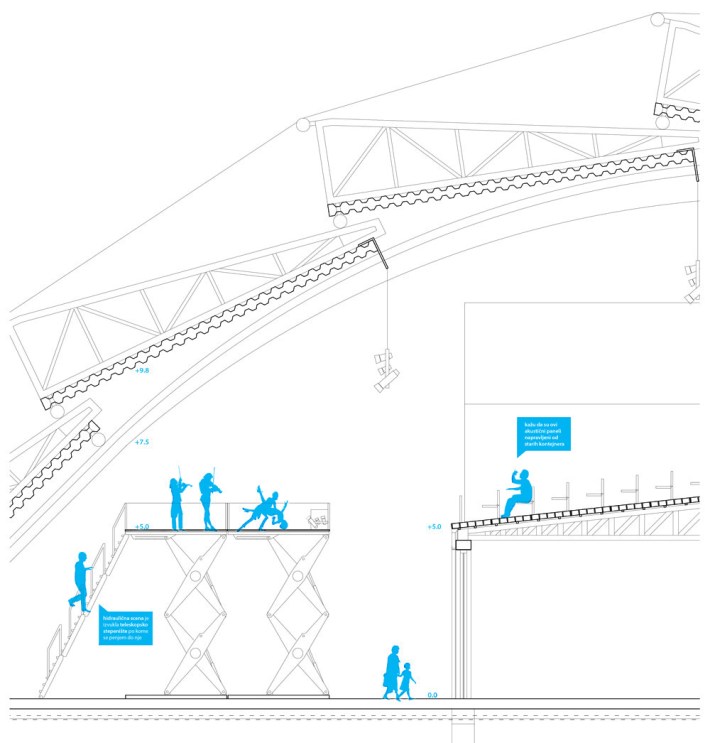 a detail of the scene when set up 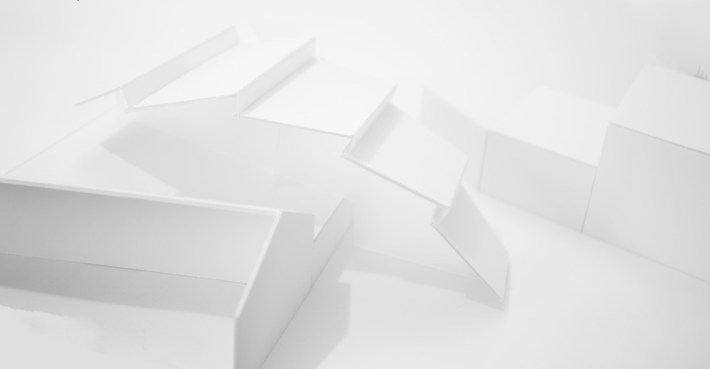 an abstract model of the canopy form 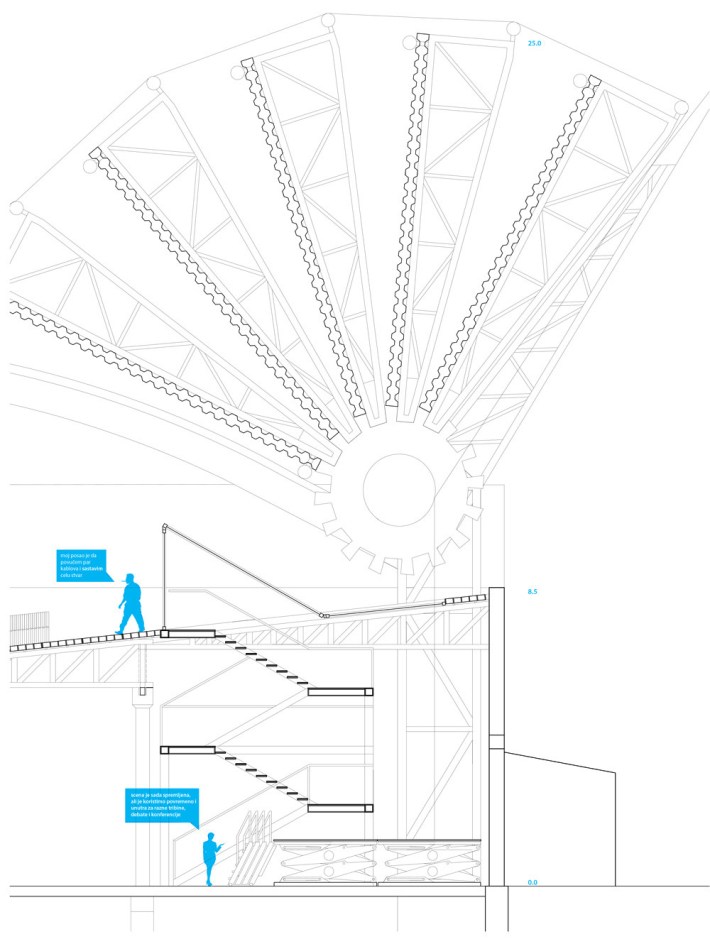 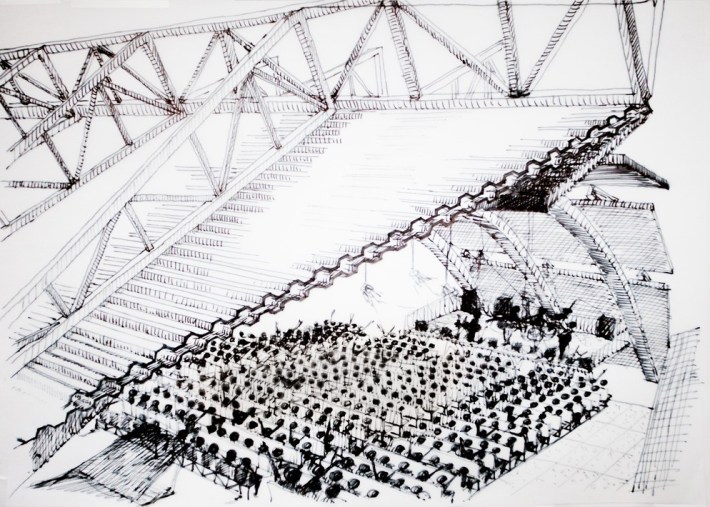 a drawing of the concert held in the open scene

3D model made in SketchUp

the animation of the use of the open scene